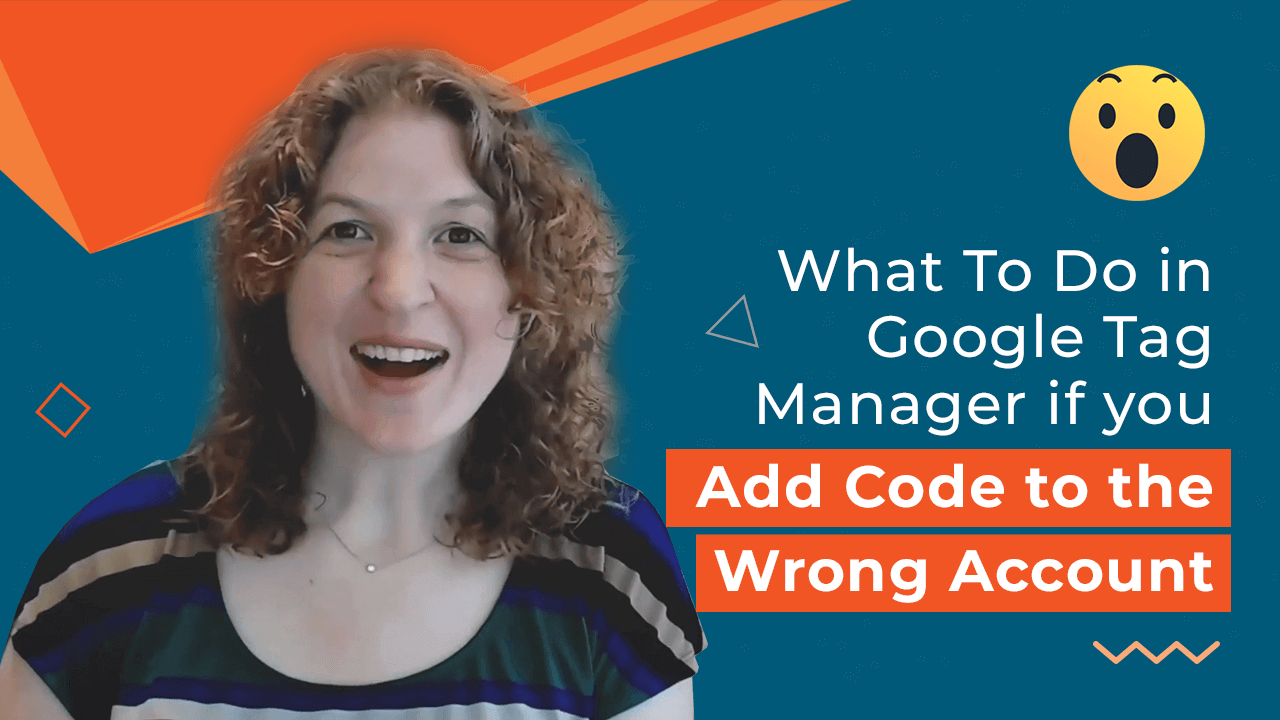 It’s really easy to accidentally end up with two different Google Tag Manager containers. In this case, my team created one container and the web developer added another container. The code was added to one but the other one was published on the website. Ooops! Easy mistake to make.

Luckily the peeps over at Google have thought this through and make it super easy to copy one Google Tag Manager container into another container.

If you watch today’s video I’ll show you how to do just that.

So then when the developer logged in they saw the wrong account listed and assumed that that was the correct one. So things like this can happen really easily and we’re going to delete this, the spare account. But what do we do in the meantime because we’ve now got all the tracking code on the wrong one. Luckily, Google Tag Manager has made this scenario and others like that really simple to fix because they have an export and import tool which works really well.

So not only you can use that to transfer code between Google Tag Manager accounts but you can also use it to back up a Google Tag Manager account after you finish setting up a code for it so then if you need to restore that code later and you don’t want to rely on the versioning system, you can do so with an offline backup. Alright, so I’m just going to share my screen so that you can see what I’m talking about.

Now, what that will do — I’m actually not going to click the button because I’ve already done it – but what that will do is it will create a file which will be the name of your Google Tag Manager container and it will be .JSON which stands for javascript object notation. So then the next thing you need to do — I’m just going to cancel that — the next thing you need to do is come over to the Google Tag Manager container that is the one that you want to import into. And you click Admin and then click Import Container. Okay, so you just need to click Choose container file, download the folder and pick the container that we have just exported.

So alright, I’ve chosen my workspace, I’m just going to choose Merge rather than Overwrite. Now if you wanted to completely blow away anything that was in the previous container then you can pick Overwrite. Otherwise, if you want to merge then what that will do is it will just incorporate the new stuff with the old and then if you pick Rename conflicting tags, triggers, and variables, then it’ll let you know if there’s a conflict that you need to address. Otherwise, if you overwrite then if there’s a conflict it will actually save over the top.

So I’m just going to pick this Rename so that then I can see if there are any problems. I’m not expecting any problems with this one, to be honest. Alright, and then we click Confirm. Alright, now, I’m actually not seeing any renamed ones. If there were some conflicts, you’d see some that had been highlighted as being a conflict so that then you’d need to address them separately but I wasn’t expecting any conflicts in this one, to be honest.

So now what I can do is I can publish this workspace when I’m happy with it and it will merge with the other workspace which means that the container that is on the website will now have all the code on it.

Alright, have a great day!

You can also follow these same steps if you are an agency and you have a “standard” container you want to roll out to your clients when you set up Google Tag Manager, or if you have several clients with the same website duplicated onto different domains and they have a separate GTM container for each. (Note: if it really is the same website you can use just the one container for all of them – but sometimes there are just some minor changes and you might want separate containers).

Okie dokie, well hopefully that has helped you today!

I look forward to catching you next time.