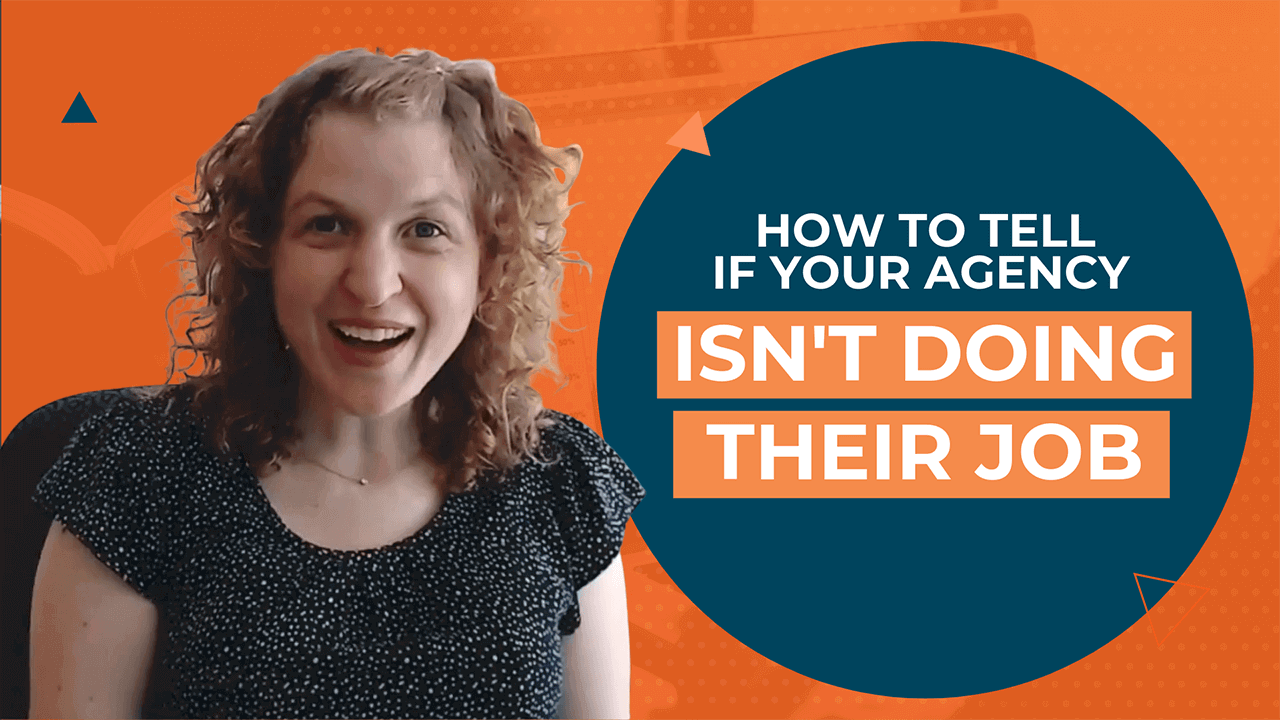 Part of the problem here is that some business owners assume that their digital marketing team knows a lot more than they do, or that digital marketing is some kind of ‘wizardry’ and so they pull back and don’t manage this side of their business as well as they should. It doesn’t help when lofty promises are the norm in this industry and different teams have wildly different processes so you can’t easily compare apples with oranges.

In the following video I’ll let you know a few things that you should look out for when working with a digital marketing specialist or team that might indicate you’re headed for trouble. If this is something that you’d like to know, please click the video below.

Today I’m going to talk to you about something really sad that I see from time to time and it really breaks my heart when I do. And that is when people hire a digital ads agency or a freelancer or have an internal team and the people who work on their digital marketing aren’t getting good results for them. Maybe and even during the work that they promised that they were doing and the client ends up spending a lot of money and not getting anything to show for it.

And this is a, this is a really unfortunate situation because the thing about digital marketing is a lot of the time the client doesn’t even know that they’re not getting what they thought they were getting and they don’t know how to fix it because it really is seen a bit as a black art or you know, sorcery in some ways. A lot of people are not at that level where they really know how to tell the ins and outs of whether the agency they’re working with are actually doing what they’ve promised. So they hope for the best and sometimes it can be quite a long time before they worked out that they’re not getting the service that they thought they were getting when they first signed up.

So what I thought I’d do is just show you or at least tell you a few things to look out for that could indicate that you’re not getting the service that you thought you were when you signed up with a digital marketing specialist. So my experience is mainly on the Google Ads side but this would also apply to Facebook or SEO or any other type of online marketing, but just my experience is with Google Ads so I mainly talk about it from that perspective.

But one thing that you want to watch out for is if you have just one campaign running, and no more than one, then that is a problem because it indicates that the digital marketing team that you’re working with are not actually doing any experiments to check what works best for you and your business. Now, the way that you would actually write an experiment is you need at least two campaigns in any given time or at least two different ads or ad sets in order to see what is working the best.

So what would happen is you’d have, you’d have one campaign and have another campaign and you would look at the numbers to see which one is working the best and you would get rid of or archive the one that didn’t work too well and keep using the one that worked the best. So if you just have one campaign or one ad or just one ad set and you haven’t really seen any changes, so that you haven’t had two running at the same time, that’s a bit of a warning sign that the specialist that you’re working with might not be giving you the service that you’re expecting.

Another thing to watch out for is if you’re working with some digital marketing specialist who does not attempt to check whether you actually get your business outcomes met. If they’re just focused on getting traffic to your website and they’re not focused on getting the leads that you need or the sales that you need, be very wary. It’s very easy to get traffic, very hard or it’s harder to actually get the business outcomes.

So, I mean, as a ridiculous example, you could get traffic to your website by targetting people from a very poor place where there are lots of people that are never going to buy your product or service. You can get thousands and thousands of visitors to your website but not one of them buy. So all traffic is not made equal. You want to have a digital marketing specialist who cares about getting your business outcomes and if they’re not tracking the business outcomes, there’s no way that they can be optimizing your traffic for them.

Now, the next thing that you want to concern yourself with, does the agency or specialist that you’re working with actually target the types of users who are most likely to buy from you or are most likely to become your leads? So when I explain that, there are a few different ways to target so in Facebook, for example, you can target based on people’s interests or likes or what kinds of affiliations they have, what pages they’ve liked and there are various different ways in Facebook.

So if the person or agency you’re working with is not looking into audiences, they’re just targeting everybody, be aware that you are paying for a lot of wastage because not everybody in the whole world is your audience. There are only certain people that are your audience and you should be targeting very closely the kinds of people that you want to attract into your circle otherwise you’re essentially throwing your money into, into the air.

So for example, if you sell — let’s say you’re a service provider and you sell security cameras. Now, you will be selling say security camera installation. Now, if you have people searching for security camera DIY kits, those are not a suitable audience for your website and you should not be paying for those people to come to your website. So if you don’t have negative keywords set up, unfortunately, you’re paying for the riff-raff. So it’s very important to make sure that your agency is doing that.

Okay, so another thing that you want to be checking is, is your agency or specialist making regular changes? So things do change in the industry. People can get tired of particular ads and this goes for any platform at all. And you want to be seeing that they’re making regular changes and not just sitting on something that they did six months ago because if you just sit on something for many, many months then it’ll get into a state of neglect where your costs will increase even though you haven’t changed anything just because you’re not freshening it up. So do be careful that you are working with someone who is proactive and are making changes regularly, not just random changes but you want them to actually be optimizing towards your business objectives.

Again, I mentioned earlier on about you wanting to have more than one campaign. You really want to say are they actually running any real experiments where they’re testing one against another at the same time and say split the traffic between two to see which was working the best. That will give a better idea of what’s working and if they’re not running any kind of experiments like that then I would be wary of working with that agency or specialist in the future. Just because they’re — if they’re just doing things one at a time, they’re not really focused on, on getting the right outcome from a data perspective. They’re just making ad hoc changes then which isn’t the best use of your money.

Finally, and there are other things but another thing that you do want to be very wary of is if there are errors in your account that sit there and don’t get fixed then that would also indicate that you’re working with a specialist or an agency who is not giving your account the attention it deserves. So if you log in and see errors, you do want to make sure they’re being fixed promptly.

Alrighty, so those are a few things, a few key things to look out for if you — and probably another thing actually is if you pick up on a person like a specialist or an agency and you ask for proof that they’re doing these things and they fob you off and say, “Leave us alone, we’re the specialist here, we don’t want to communicate that to you.” That is a strong warning sign that you could be with the wrong business to help you with your digital marketing. The reason being you want to have good communication with the people who are specializing in ads for you. You want to be able to be confident that you can make suggestions or give them feedback and they will promptly and agreeably, I mean, they don’t have to agree with you but then they need to at least listen to you and consider your perspective especially if you’re picking up on something that they haven’t done so well, the willingness to improve really needs to be there.

Alright, so that’s several things I suggested. If you are running into some trouble with some of these then it might be something that you can work with your existing agency on or it might be an area where you do need to move on. And there — what I’m planning to do in the, in the near future is come up with a bit of a checklist that you can use to just decide whether it’s time to move on or not. There’s no point in moving on if it’s not the right time but sometimes it is the right time. So there’ll be a checklist coming out over the next few weeks to help you with that.

I do hope that this scenario is not one that you are facing, but if it is, luckily there are many excellent digital marketing specialists out there. Don’t be afraid to try different people or teams until you find the right ones. And if your current specialist doesn’t keep you informed or doesn’t want to talk about what they do – that is a red flag. Look for a person or team who will communicate with you!

OK, well I hope that helps you out!