[Video] How to Get Your Highest Ever Ecommerce Revenue 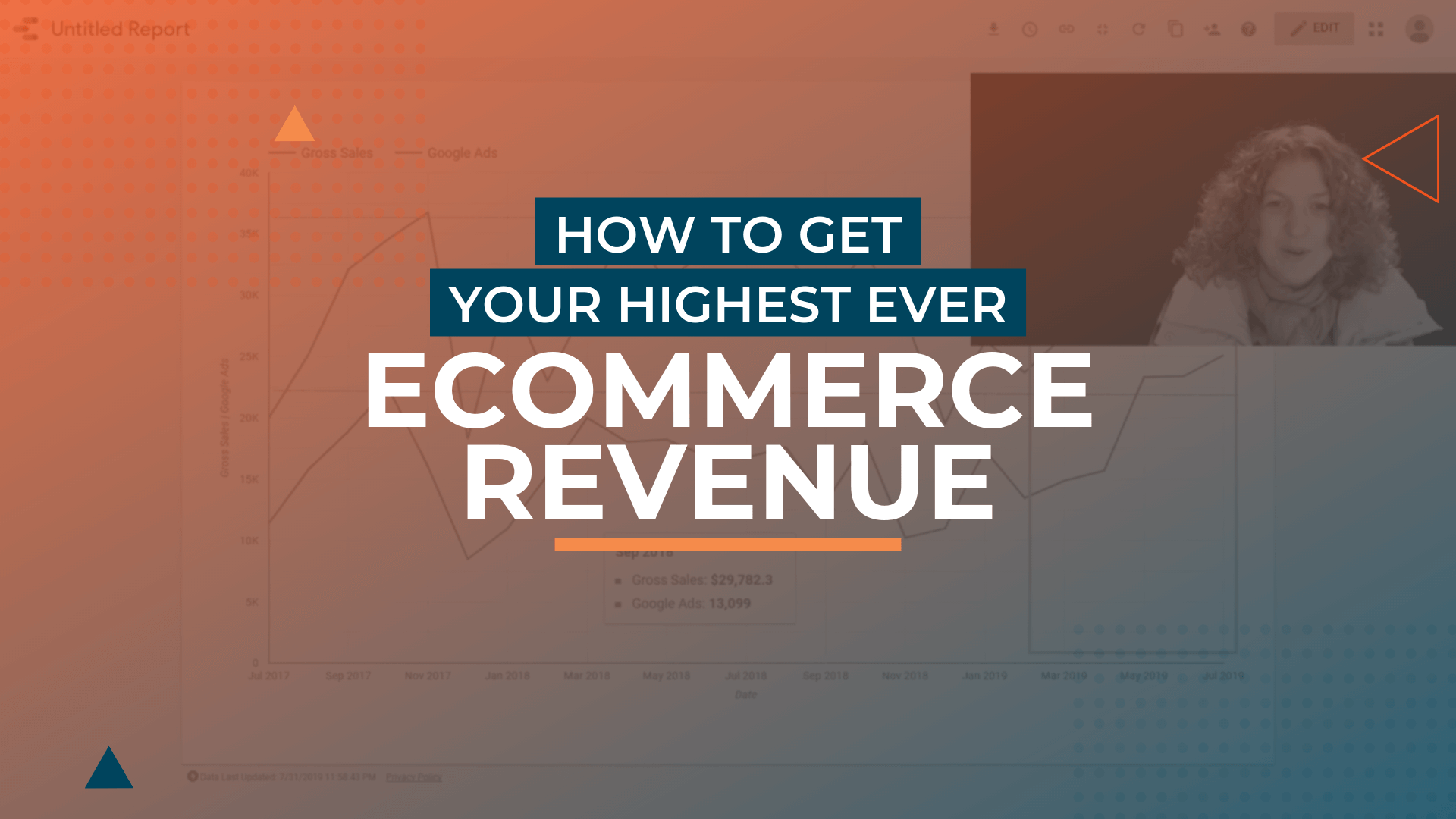 If you know me, you know I am a big nerd and love graphs. I especially love graphs like this one which show my Ecommerce client’s revenue going up and up and up in the few months since we started working together.

PS. We went on to improve revenue even further in September!

Now I am super excited today. In fact, all of this week I’ve been logging in to my clients’ – back in their website and then seeing how much revenue they were earning at the end of the month. So this particular client had a target — actually when we started they were bringing in about twenty thousand in revenue, twenty to twenty-two. After a big dip, you’ll actually see — this was the big dip they had here so they are, they were getting just on the twenty thousand in revenue. And then what they wanted me to do was increase that revenue back to the highest that you can see here. So they wanted something between thirty-three to thirty-five.

So we’ve been working on it since March and it’s now the beginning of August and I’ll just, I might need to just pause this video. Get rid of it here we go. So this is what we’ve been working on. So we started here on the yellow line. You can tell I love graphs. Oh, I’ve been literally checking her results every day until the end of the month because you can see it got really exciting at the end of the month and then I had to just put it in a chart actually.

So we started here on the yellow line and we’ve been increasing revenue ever since and this is what the last month looked like which you’ll see is well above the highest result on record for this client. So actually, it looks like my rectangles are a bit in front of the graph so that’s not going to bring up the results.

And then in terms of — so the blue line is the gross sales so you can see her gross sales just went zoom zoom zoom in the last month and then the red line is Google Ads. So I’ve been working with her on Google Ads and you can see that Google Ads also hit the highest result that they’ve ever had and we’ve actually been getting the highest result ever for the last three months actually so it’s great to see though that getting the higher amount of revenue from Google Ads has really translated into higher sales.

So yeah, I’m super excited we — she really wanted to get a minimum of thirty-five thousand this month and we’ve come close to almost forty so super excited. Yey! Well done to my client. She was having champagne for — basically champagne celebrations this month. It’s a huge achievement and it’s so stressful as well if you have — you know you think that your business is going really well, you’re over here and then two years later you’re down in this issue here or even here and then it went from thirty-six seven forty down to suddenly eighteen-thousand two hundred seventy-five.

But you want to have the consistency and it’s just really exciting that we’ve been able to bring that to place so congratulations to her.

Alrighty, and if you’re watching this and you want to see how — what I can do for you in terms of Google Ads, there might be some way that I can do the same for you. So just reach out to me. If you come along to my website it’s www.thequantifiedweb.com, you can contact me from there.

Alrighty, well I hope you have a wonderful day and speak with you soon.

We have been working with Petra and her team at The Quantified Web for the past couple of years now. She has been helping us to build our online presence and sales with our supplement ecommerce business.
I struggle a lot with Google Ads and all the nitty gritty side to the adwords and algorithms, but Petra explains things in an easy to understand manner.
She and her team communicate with us well and frequently to keep us up to date on how our ads are running and what we can do to improve.
I couldn't recommend Petra and her team any more!

The Quantified Web has managed the Mayfair Hotel’s Google Ad campaigns for almost two years now.
We have had a wonderful experience with Petra, she demonstrates great care for her clients and is proactive in providing insights and suggestions on how to optimise performance.
Petra is thorough and efficient in her communication and we would certainly recommend her to others businesses.