[Video] How Much Time Should I Let Elapse Before Drawing Conclusions In Google Analytics? 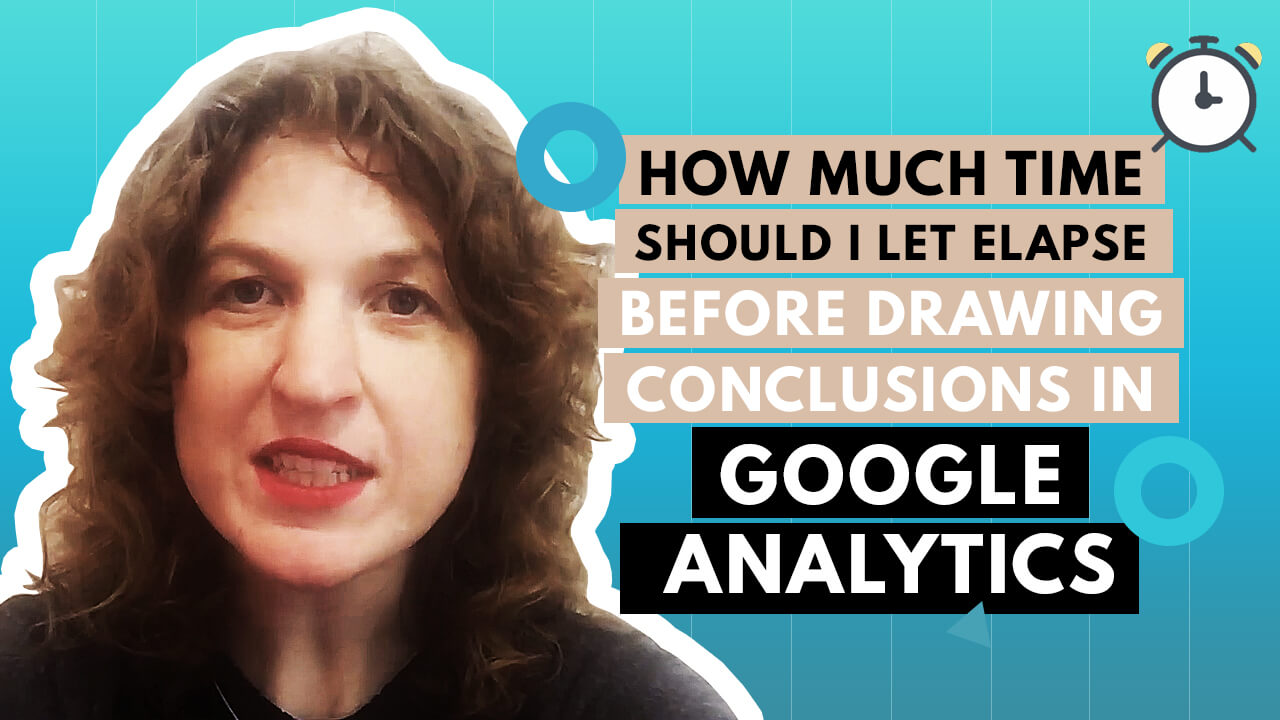 How much traffic you have coming through to your website is the factor that influences how long you need to pick in the Google Analytics date ranges in order to select a large enough date range that you can be confident in what it tells you.

If you have lower traffic numbers you need to select a larger date range, and if you have larger traffic volumes you can get by with a relatively small date range (and iterate faster).

This gives large online businesses a massive edge over small ones because they’re able to A/B test and change the website quickly, thereby boosting their conversion rate which then gives them more revenue for paying for more traffic. The largest online business in an industry and location and often lock out all the smaller ones in the same sector due to this “winner takes all” ability to iterate quickly.

People generally behave pretty similarly on your website, so with enough data you can get an idea quickly. Too little data though and you get what I call “Fake Insights”. This is when you draw conclusions from not enough data and assume something is a trend when actually its just chance.

In today’s website I’ll share my rules of thumb with regards to what periods of time to look at data over, and if you are an ecommerce store, how many transactions you should let pass before analysing data.

So I actually have a situation yesterday where I ended up working really late because I was analyzing a detailed interaction report for a client of mine and I realized after I finished writing the report and went to compile my notes on it that I’d actually picked the wrong date ranges.

But actually, that, that wasn’t all I’m going to say. There was actually something else that I’ve noticed in it and essentially when I set up the correct date range which was quite a bit longer so the correct date range was supposed to go over a three-month period whereas I was only checking over a one-month period. But because the client was an e-commerce store and they had a reasonable amount of traffic, the actual insight that came out of the three-month date range was almost identical to what was able to be seen in the one-month date range anyway. And that’s because an e-commerce type situation generally has quite a bit of volume of traffic coming through and once you have a reasonable enough volume of traffic you will find that people will in general, behave pretty similarly on your website and so there should only be minor differences between periods of time.

So that’s really good news. It means that if you are making updates to your website and you have a reasonable volume you don’t need to have analytics running for months, months, months in order to get workable data from that. You should be able to start getting usable data pretty quickly.

So generally, as a rule of thumb, I like using around three-months worth of data to make assessments. The reason for that is — first of all, it doesn’t take as long as waiting a whole year. A year is really useful for looking at different seasonal changes but three months usually has enough ups and downs in terms of — it’ll be one season obviously but it will have enough ups and downs that you’re not skewed by any one event but it’s not a time period that you have to wait a whole year which is obviously a really long time to wait.

Three months can still be quite a bit of time to wait though. So if you have a high enough volume in your website then probably a four-week period will be okay as well. It will give you enough insight to get started as long as you have at least 100 transactions going through your Google Analytics during that period of time.

If you, if you don’t have e-commerce, if you have lead generation, we do need to have around a hundred leads come through if you’re a lead generation website as well so that there’s enough time for analyzing the, what’s happening on your website. The problem with having not enough volume of traffic or not enough time is that you can draw what I call “fake insights” which is essentially you think the data says something but really you’re just drawing that from not enough data and so it’s not really statistically correct. And you want to be careful not to draw too many conclusions from small, small data sources or small time periods.

So as long as you follow those rules of thumb that I suggested in terms of at least a hundred transactions or hundred leads, you should be good but do try to go for at least four weeks or even better three months of data when you can.

Alright, have a great day. Bye!

PS. Always check your date ranges before looking at, or exporting data from Google Analytics!