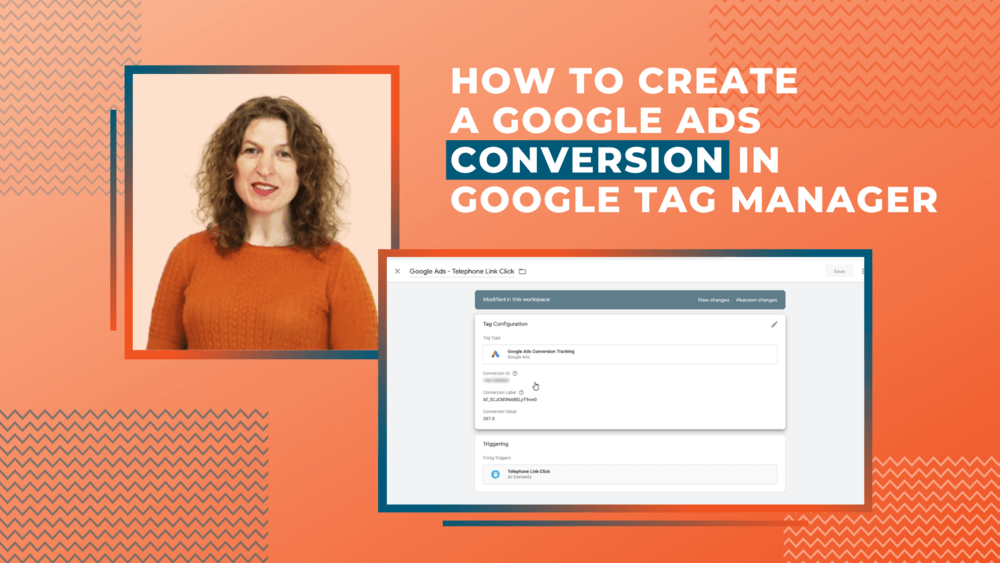 Today I’m going to show you how to get some conversion tracking into Google Ads, by passing it over from Google Tag Manager.

Here’s a super-quick video on the topic. Some of the things I said might need a little more explanation if you’re new to this. So read below where I’ve explained what some of the jargon words mean and how it is useful to you. I’ve expanded a little upon the video as well as a few areas were vague. 🙂

What is it conversion tracking? Conversion tracking is where you tell Google Ads that a visitor did something valuable on your website. When you track a conversion you can also assign a monetary value to it. Eg. on average, if someone clicks on your phone number, it may be worth $100 (or whatever it is for you). So when you track a conversion you’re telling Google Ads “Hey, this person is a good prospect. They did this thing we care about.”

Google Tag Manager can be used to send tracking information to Google Analytics, Google Ads, Facebook, and a whole lot of other places as well. What we’re doing in this example, is we’re tracking if someone clicks on a link on the website for a telephone number. We’re sending over a value to Google ads to say how much we expect that to be worth. When it comes to a phone call, we are approximating the value, but it still gives us a better idea than if we had no value submitted to Google Ads at all.

A trigger basically is saying “what happened” and letting us know that the action happened that we are waiting for. The trigger causes the tag to run. In this case, the trigger causing this conversion to be sent to Google Ads.

In this example, we’ve set up a trigger that fires when someone clicks on a telephone link. In the Google Tag Manager tag, we type in the conversion ID and the label for our Google Ads conversion. We specified how much value we want to assign to this action. Next we submitted our tag and trigger into Google Tag Manager.

Once you’ve published your tag and trigger, as long as Google Tag Manager is on your website, it’ll now send a conversion over to Google ads every time someone performs the action of clicking a telephone link.

You don’t have to be limited to telephone links or other links. You can set this kind of tracking up with all sorts of different things that are on your website. Pretty much anything that can be interacted with can be sent to a conversion in this way.

Usually, I send my conversions to Google Analytics and then import them from there rather than sending them to Google ads directly. That said, there is some value to sending conversions to Google Ads directly because you may have a higher accuracy when sending the conversion directly rather than through an intermediate step. Some times when this accuracy really matters includes if you have a high volume of transactions on your website, when you have people that are using mobile phones often and they might be flicking between mobile phones and desktop, and just generally if you have a high volume of traffic.

Extra note on this as I was a bit vague in the video: Tracking a conversion to Google Ads is always slightly more accurate, but it can be more time consuming in the setup. As long as the extra value that you get from the slightly higher accuracy is worth more than the labour cost of setting it up, then go ahead! If there is not much value, then it might be easier to just import the conversions from Google Analytics if you have goals in there. Ultimately, either way will work.

I recently worked with Petra to improve my understanding of Google Tag Manager.

Petra not only provided a solid overview of GTM set up and event tracking, she also provided many tips on best practice, and answered the questions that I didn't even know to ask!

Petra is patient, fun to work with, and her analytical programming mind is hell bent on finding the BEST solution to any data, analytics or tracking problem.