Why Google Might Say Your Advertising is Costing You 37% More

by Petra Manos | Google Ads, Google Analytics, Popular, Putting it All Together | 0 comments 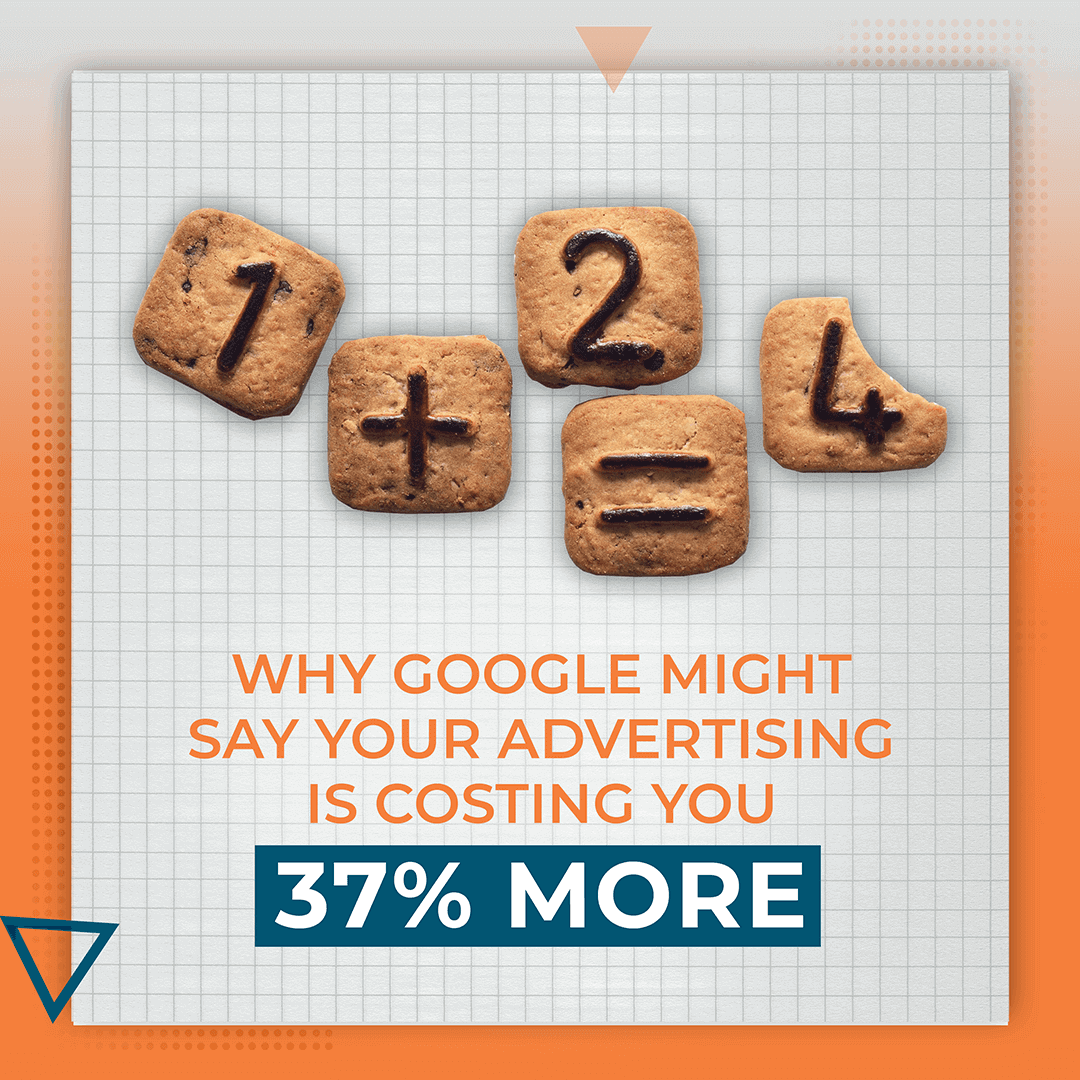 You might not realise this, but when Google Analytics or Google Ads says which marketing source led to a successful sale, it as actually an estimate, never 100% true. And if you choose different settings between the two you might get completely different numbers from each of them.

Still, some ability to see how attribution is changed when changing the model is better than nothing, so it is definitely helpful to learn about them.

Let’s say that a customer finds your website by clicking on an a Google Ads search ad, bookmarks the page and then returns to it a week later to make a purchase. Google Analyics attributes your transaction revenue to ‘Direct”. However, the source of the final session which resulted in a purchase may just be one of many visits to your website leading up to the sale

If you want a reasonably accurate idea of your Cost Per Acquisition (CPA), you need to know a few things:

Once you’re working with aggregated data in Google Analytics and Google Ads this is actually really hard to do, so these platforms give you some models that you can pick from that automatically calculate it for you.

Let’s have a look at how its done in Google Analytics. 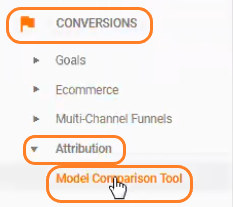 The Last Interaction model is automatically selected by default.

This model attributes 100% credit to the one final session which resulted in a purchase. This is easy for Google Analytics to calculate, but often this isn’t how people are interacting with ads. They often find your website through one of your ads and come back later via organic search or direct channels. After researching your offer by returning a few times, they may submit a contact form, make a purchase or complete something that you want them to do.

The Last Interaction model gives no credit to the ad that brought the customer to you if it took him more than a single session to commit to a purchase. This is why this attribution model is not such a hit with ad agencies, but loved by SEO agencies!

Let’s compare the Last Interaction to a model that is more sympathetic towards Paid Search practitioners – the Linear model. 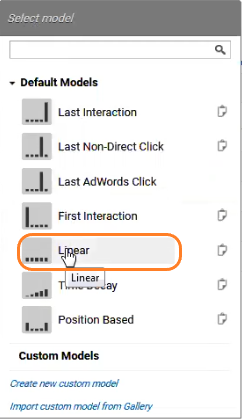 And select the Linear model.

The Linear model takes into account every time the person has come to your website and treats each of these times equally. It literally divvies up the value equally between each of the clicks to your website. That includes first session the customer found your website, the final session where he made the purchase and any number of sessions that took place between these two. (Well, that is slightly simplistic – it actually uses a lookback window which means it only counts sessions during that period of “lookback” time).

With both models compared side by side, you can see just how much of an impact they have on the Cost Per Acquisition value.

In this example, according to the Last Interaction model, the cost of each successful conversion is A$81.64 which is almost 17% higher than the linear model’s A$69.85. So if you’re relying on Last Click as your attribution model, you might think its costing you $82 to get a new customer and then write off Google Ads as a cost effective approach. If you measured your attribution differently it could be the difference between a campaign being profitable or not.

Select the First Interaction model instead of the Linear model. 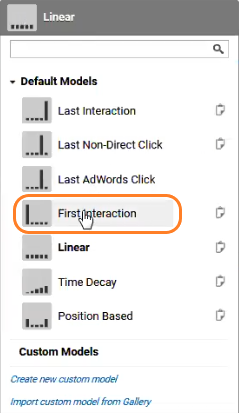 When using paid advertising, the First Interaction model often results in a much lower cost per acquisition when compared to the Last Interaction.

As the name suggests, it attributes 100% credit to the very first session that brought the customer to your website. If a customer finds your website by clicking on one of your ads, it will get all of the credit if the customer makes a purchase on a later session, regardless of how many sessions there are between the click on the ad and the purchase.

When the Last Interaction model is compared head to head with the First Interaction model, there’s no surprise that the latter has lowered the CPA even lower than the Linear model. At A$59.49 in this example, there is a whopping 37.23% difference in the cost per acquisition depending on which model you pick.

Just to make life even more complicated, Google Ads doesn’t give you the ability to pick First Interaction model as part of the conversion settings.

In Google Ads itself, I recommend choosing the Linear model for conversions, or another very similar one called the Positional Model which gives a higher weighting to the first and the last click and a lower weighting to all the clicks in the middle.

We’ve been working with Petra and her team at the Quantified Web on our Google Ad Campaigns for 12 months now and in that time we’ve had to increase our targets on Return on Ad Spend due to the excellent performance of the campaigns she’s helped implement.

The data we receive is supremely rich and helps give valuable insight into key demographics, areas of interest, types of content most likely to resonate and most importantly, is communicated in a digestible, easy to understand format.

We have been working with Petra and her team at The Quantified Web for the past couple of years now. She has been helping us to build our online presence and sales with our supplement ecommerce business.
I struggle a lot with Google Ads and all the nitty gritty side to the adwords and algorithms, but Petra explains things in an easy to understand manner.
She and her team communicate with us well and frequently to keep us up to date on how our ads are running and what we can do to improve.
I couldn't recommend Petra and her team any more!

The Quantified Web has managed the Mayfair Hotel’s Google Ad campaigns for almost two years now.
We have had a wonderful experience with Petra, she demonstrates great care for her clients and is proactive in providing insights and suggestions on how to optimise performance.
Petra is thorough and efficient in her communication and we would certainly recommend her to others businesses.